While real estate has moved from being a wild industry into something mildly organised in recent years, the bigger battle lies in raising the average standard of delivery.

There is an upcoming project in Central Mumbai that offers the smallest apartments in India. The 1BHK flat size is 188 square feet and the name of the project is Chembur Central. The 2BHK flat size is 308 square feet.
Almost two years ago I opted to visit the project after seeing its sharp marketing campaign that emphasised its low-ticket size of Rs 43 lakh as well as design by noted architect Hafeez Contractor. Among entry-level apartment buyers, Contractor is still a symbol of status and exclusivity. Yet my enthusiasm to visit the Chembur Central project was to see if there was something smart and innovative that was being done by the developer. It turned out that the ‘innovation’ was primarily on trimming the size of a home.
There was above-average interest in the project based on the volume of people at the site when I visited. With the questions that were being asked the majority of prospects appeared to be first-time homebuyers lured by the advertisements of the low-ticket size. Data from RERA indicates that the sales conversion was poor and the response has only weakened thereafter. Meanwhile social media has completely savaged this project due to its size, pricing and customer service.
Personally, I was hoping this project would do well since it had the potential to liberate a large section of Mumbai away from chawls and slums into flats.

The reason I bring up this particular example is that in a strange way this one project serves as an elaborate education for most developers that are undertaking projects in Mumbai.
1)     Size matters: Property advisor Knight Frank reports that home sizes in Mumbai have shrunk by 24 percent in the last decade. Most developers have managed gradual reductions and the reaction has been reasonably acceptable. Today it is common to have 2BHK apartments in a size which earlier could accommodate only a 1BHK. Yet when a radical cutting of size below a certain level happens – it shows and definitely feels. At the 1BHK size of 188 square feet, this qualifies to be termed as a ‘nano flat’ – a common term in Hong Kong for flats below 200 square feet in size. (Only 7 percent of land is zoned for housing in HK) In my view 1BHK apartments in the range of 300 – 330 square feet with a smart layout is probably as low as it can go without a customer backlash in Mumbai.
2)     Price: One of the big blunders of Chembur Central was its pricing. While the absolute ticket size appeared low due to the small size of homes, the per square feet rate was actually higher than many premium projects in the vicinity. Its 2BHK flat of 308 square feet has an all-in cost of almost Rs 90 lakh (including parking). Its competitors in Chembur and Kurla offer flats of almost 420 – 450 square feet at around Rs 1 crore. This is the reason why the response to the 2BHK has been even worse as a cursory exploration of competing properties will make a buyer conclude it is better to buy a bigger size 1BHK elsewhere than a smaller size 2BHK in Chembur Central.
3)     SRA: Slum Rehabilitation projects are the only game in town if one is keen to undertake large projects given the paucity of free land in the city. As I highlighted in an earlier column, 24 percent of habitable land in Mumbai is encroached by slums. Political reasons have ensured that the minimum size of a flat a slum dweller receives is more than 300 square feet. Currently many luxury projects are SRA – and they have largely performed below expectations. Chembur Central goes the other extreme. To my mind – it is the only SRA project wherein slum dwellers will be receiving flats bigger than the actual buyers in the project. The space between entry-level and luxury housing exists and more SRA projects will have to fit in there.
4)     Attention at pre-construction stage: There is no builder that I know of who spends adequate time at the pre-construction stage of a project. That is the reason for several projects including Chembur Central getting stuck or delayed. Wastages and re-working are common across the board. Even something like BIM (Building Information Modelling) that permits for virtual construction and allows architects, engineers and contractors to collaborate on coordinated models is not utilised by most developers in India. Advocacy body Royal Institution of Chartered Surveyors Managing Director Nimish Gupta says that “more than 95 percent of the projects in India do not follow recommended best practices which are being used internationally.”
5)     Social media: Most consumer-led industries in general have adapted to being social media savvy. Real estate is not one of them. The biggest illustration is the complete mess that Lodha Developers did in response to a video that questioned the quality of its construction at Wadala. I am not one to curry favour with a developer but I see some merit in Lodha’s explanation. Yet today offering a counter-view socially on it is likely to elicit ridicule. Chembur Central is no different. Social media has mocked its offering while customers and prospects sulk over the lack of communication regarding the status of the project. This is impacting sales and driving cancellations. RERA data shows that one of its towers Orchid C had 82 bookings almost two years ago. Today it has dropped to 73.
Real estate has moved from being a wild industry into something mildly organised in recent years. While that allows branded developers to outperform previously established dismal benchmarks, the bigger battle lies in raising the average standard of delivery. That will involve value engineering, plugging leakages and intelligent branding and communication. Developers should use this crisis as an opportunity. The solution, like always, lies within. 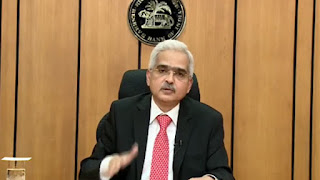 RBI Governor Presser Highlights: 1. Repo rate reduced by 75 basis points to 4.4% 2. Rev repo reduced by 90 basis points to 4% 3. GDP growth for Q4 19-20 and FY 20-21 to be affected 4. Aggregate demand may weaken 5. Future outlook uncertain and negative 6. CRR reduced by 100 basis points to 3% for 1 year to release 1.37 lakh crores 7. Min daily CRR balance reduced from 90% - 80% till 30/06/2020 8. 3.74 lakh crore liquidity injected 9. 3 month moratorium on payment of instalments of Term Loan outstanding 10. Interest on WC facilities to be deferred by 3 months 11. Such deferment not to be considered for NPA 12. Revised DP calculations by reassessing WC cycle 13. All measures not to effect credit history 14. Total liquidity injection 3.4% of GDP Onix Advisors works with investors in building an investment strategy with a detailed thesis and identifying land parcels that align with the chosen strategy. In order to learn more about investing in land, please reach us on

Should EMI and loan repayments be deferred? Here’s what a real estate mogul suggests